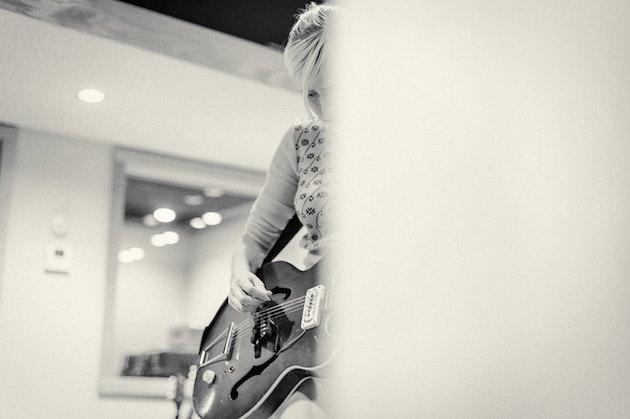 Netherlands native Amber Arcades, aka Annelotte de Graaf, has shared the title track of her debut album, Fading Lines, due on June 3.

The second single taken from her forthcoming debut, following the amazing ‘Right Now’, ‘Fading Lines’ is another dazzling piece of ‘60s tinged, psychedelic jangle-swirl. It sparkles with a warm glimmer, as de Graaf’s dreamy vocals majestically hover above an abundance of floating pop melodies, hypnotic, lush jangly guitars, swirling psych atmospheric effects, all coated with light layer of fuzzy distortion. This is flawless jangly fuzz-pop with an upbeat groove and distinct ’60s retro feel, but importantly while sounding familiar, it stays on the right side of familiar. Produced by Ben Greenberg (Beach Fossils, The Men, Destruction Unit) and backed by a band comprised of members of Real Estate, Quilt and Kevin Morby, the album is a culmination of songs written over the years; so far so good.

Fading Lines is out June 3rd on Heavenly Recordings. Check out the magnificent title track below: