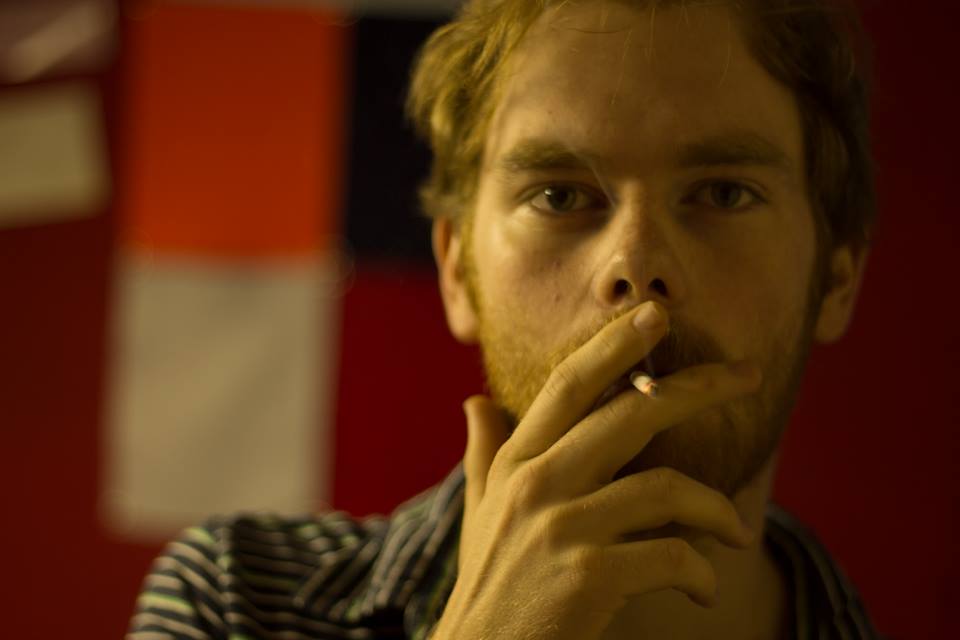 It was a truly fantastic way to mark 5 years of BarryGruff and I am incredibly grateful to everyone involved and the overwhelmingly positive and enthusiastic response. As 2015 draws to a close, I have enlisted help from people who made the compilation what it was, to chat about their favourite moments and sounds from year, and up first is Padraig McCauley of Disconcerting P.

McCauley has impressed as much as any Irish artist over the past few years – prolific, passionate and prodigious – McCauley’s already amassed a pretty impressive back catalogue. As a songwriter, singer and performer, he entertains us through a vast range of extensive influences and genre splicing styles, carefully crafted into soothing, dreamy and jaunty americana/country tinged jams. It’s been said many times, but how someone with an abundance of talent and dearth of great tunes can remain in the shadows for so long, is a bloody mystery.

Before we take a look at his 2015 sound selections, you should check out his wonderful Shakin EP, and Disconcerting P’s GruffWuff inclusion, ‘Treated You Rough’ – of which you can download here for FREE.

Listening to Darling Arithmetic by Villagers on repeat in my studio whilst reading live updates of the Marriage referendum online. When the penny dropped that it had past I sat back and just smiled at how much as a country and as a national mentality we have grown. That album & that moment taught me how a simple ideal, held with conviction and truth can create something very huge.

God, that’s really a hard question. It’s been such a brilliant year! I think the album that has had the most effect on me has to be I love you, Honeybear by Father John Misty. I had loved Fear Fun and kind of fell in love with this whole persona thing that he does, but when I love you, Honeybear was released I was just blown away. It’s so brutally honest and razor sharp with its intent, he really doesn’t hold back. Yet, it’s such an enjoyable album with a lot of humour to it that counters the starkness of some of his lines. I swear to god I heard this album and didn’t write a single song for about 7 months – this is a master class in self awareness and it can be terrifying (and inspiring) to hear a writer who is so in tune with themselves and their surroundings. It’s also a master class in calling bullshit on the subject of love – which is all to often sweetened and bubble-gummed. This album really made me have a look at my opinions on pretty much everything and helped me become a more self-aware person.

‘Disciples’ by Tame Impala without a shadow of a doubt. That click – and then the music is in your chest, beating straight into your heart! It’s a bittersweet love affair that I have with this song because of the short length (Although there is a version on YouTube that someone made that just plays the song twice!) but maybe that’s the beauty of the thing – in fact, it kind of fits the subject matter of the song. Plus, I honestly do think that things like that are important to the kind of mind Kevin Parker has – a truly artistic person who thinks critical of every aspect of their work. I’m a big Fan Boy! It’s a great example of intention and execution of an idea in perfect balance.

To Be honest I don’t really have my ear to the ground this year in terms of new acts – someone send me some links maybe 😉 However, very late to the game with this one (By a few decades) but a friend of mine turned me onto William Onyeabor and he blew my mind. Songs can be as long as they want apparently. Why rush something that’s good! Fantastic Man!

My plan for the New Year is to put out an album in the early stages of the year that’s focused, and more refined than anything I have done before. I think I have been treating everything that has gone before as an exercise. I feel ready to really sit down and pull every tool I have gained together and make something I can call definitive at this stage in my life. With that I will probably get on the road and do some solo gigs, stripped back so that I have nothing to fall back on other than the strength of the songs and the conviction of the performance. I feel my voice is at its best right now and my views on life are clearer so I aim to show these as best I can.

Other than that: Be present, keep growing and moving forward!