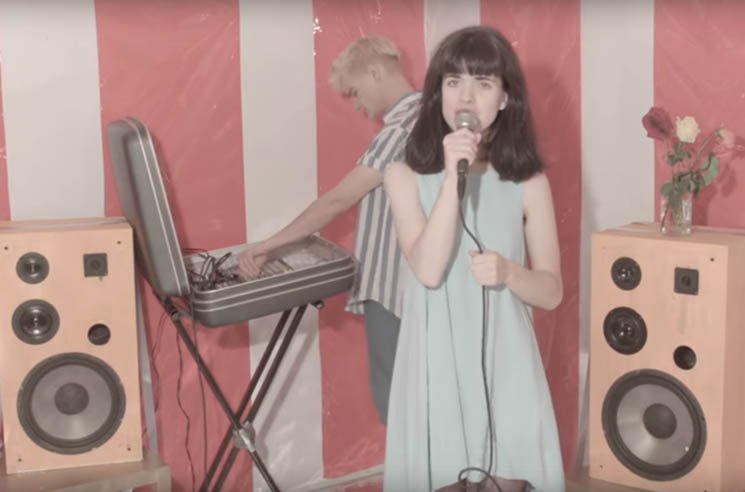 Just this week the pair announced their self-titled debut EP, will be released on January 15th, 2016. The first track taken from the forthcoming EP is ‘COME’; and if it is an indication of what we can expect, then we’re going to be in for quite a treat indeed. Deceptively simple, it is a brilliant coming together of warped ’50s/’60s rock n’ roll samples with Audrey Ann’s crisp, swaying melodies to create a timeless sound. Drawing from a well of ’60s French pop, surf rock and dream-pop, ‘COME’ elicits a hypnotic and haunting vibe. Through a majestic fusion of breathtaking avant pop, spectral swirls and kooky psych rhythms, She-Devils’ debut is a thrilling, chilling and alluring multitude of sounds that conjures up just as many evocative feelings.

She-Devils’ self-titled debut EP will be released on January 15. You can listen to ‘COME’ below and it is available from Bandcamp, you just gotta ‘name your price’.

The Montreal duo will be headed out on tour with Majical Cloudz in the new year, including Vancouver, @ The Cobalt on January 22nd, 2016 – full list of dates is after the jump.