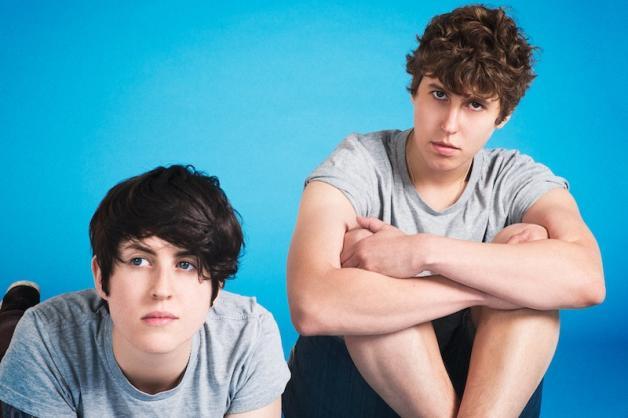 Tuff Love have announced they are to release a compilation LP called ‘Resort’ in January.

It’s been a fine year for Tuff Love and their burgeoning band of fans, with the Glaswegian scuzz-pop aficionados concluding a triumphant trilogy of introductory EPs. The album will be composed of the band’s three EPs thus far – 2014’s ‘Junk’, ‘Dross’ from this February, and most recent release ‘Dregs’ – in one 15-track compilation . To coincide with the news of the LP, to be released via the mighty Lost Map Records on January 29th, the duo are releasing Dregs track,‘Crocodile’ as a single. ‘Crocodile’ strikes a perfect balance between contrasting ingredients of their sound. With a tattered grunge-echoing main riff, and Eisenstein and Bear’s charming two-part harmonies and dreamy vocals, it outlines exactly what Tuff Love are all about, all in two-and-a-half minutes. Tuff Love have impressed more and more on each and every occasion, and it’s been solid gold irresistible listening from first to last. Here’s to more of the same in the future.

You can listen to new single ‘Crocodile’ and check out the tracklisting for ‘Resort’ below.