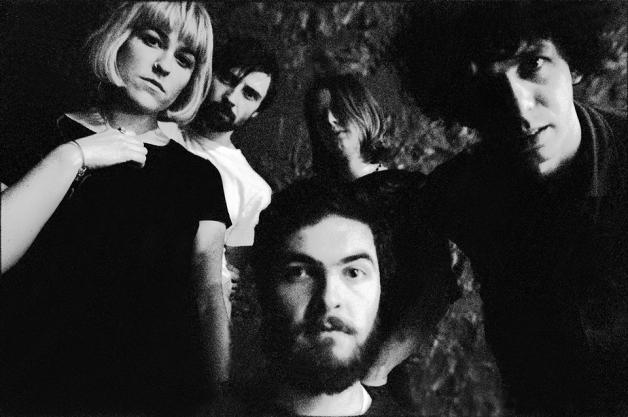 For quite some time now The Altered Hours have been eliciting much, and well deserved, praise for their frenetic and freewheeling psych/post-punk heroics.

Now the Cork five-piece have unveiled the brand new track, entitled ‘Way of Sorrow’, it is taken from their forthcoming debut album In Heat Not Sorry, set for release in January 2016. ‘Way of Sorrow’ is as impressive as anything The Altered Hours have released to date. It is a thrilling and crunching two-and-a-half-minute blast of turbulent, driven energy. The menacing post-punk influenced chugging bass line, screeching guitar and hazy swirl of noise are pierced by distant vocals from Cathal Mac Gabhann’s and Elaine Howley’s cries. ‘Way Of Sorrow’ simply ticks all the boxes; a phenomenal, hard-edged sonic spiral of sounds. A timely reminder of what an exciting act The Altered Hours are, not to mention an enticing taste of things to come.

The Altered Hours debut LP, In Heat Not Sorry is penned for release via Art For Blind Records/Penske Recordings in January. ‘Way Of Sorrow’ meanwhile, is out now via iTunes. Check it out below.