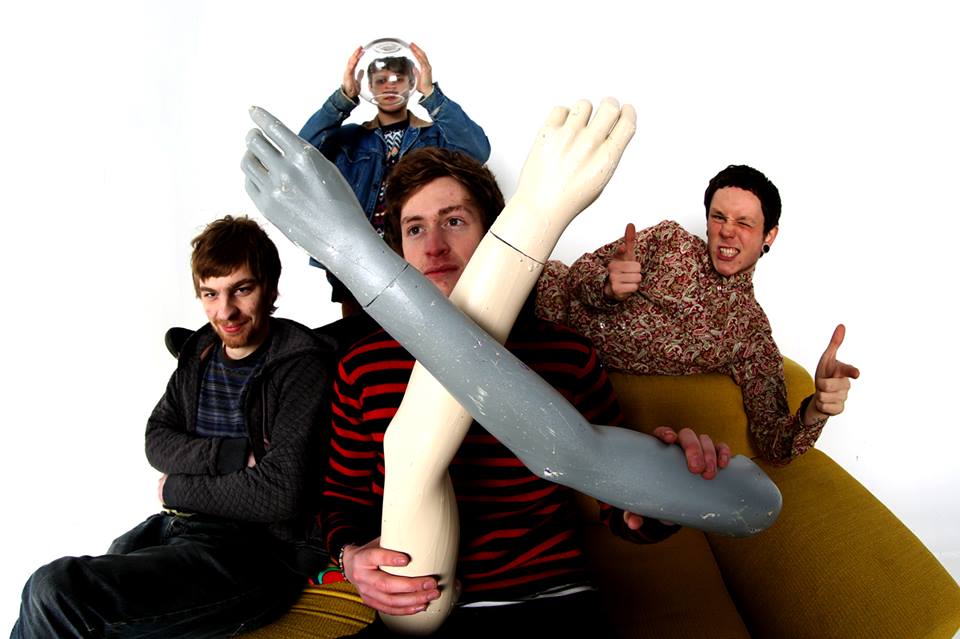 Wonderful Welsh psych wonders, Sen Segur, have, after five and a half years of making, recording and performing music, called time on the band.

Performing in both Welsh and English, the four-piece – Benjamin Ellis, Sior Amor, Dafydd Evans & Gethin Davies – released a slew of great releases, constituting of fun and supremely engaging collection of modern psych-pop. Something of a pop music recycling plant, Sen Segur borrowed from some of the finest sounds of past decades and but transcended their influences in a rather simple manner: by consistently producing really great songs and crafting their own unique cosmic concoction of modern psych-pop.

This pretty miserable news has been slightly more palatable by this: as a parting gesture, Sen Segur have released their debut LP, Films. It’s an excellent record and nice way to bow out, encapsulating everything that made (sniff) Sen Segur so charming and wonderful. The many facets of their wonderful lo-fi-indie-psych fusion are to be found swirling in a cloud of dizzying splendor. Take the gently swaying beauty of ‘Cylion’, the blissfully playful and cheery psych-pop of ‘Films’, slightly more spaced-out ‘Gwreiddyn’, emotive and idyllic folk of ‘Yn Dy Fyd Heddychlon’ and urgent post-punk grunt meets psychedelic surf rock of ‘Salwn Siawns Olaf’. Each track is very different, yet somehow very similar. Sen Segur’s sound is sparkling with enough ingenuity and charm, so as to make the past seem like an undiscovered country, and one well worth a visit too. A bittersweet but fitting way to bow out, with this, genius odd-ball wizardry.

It’s always a shame to see a really good band depart the stage but hopefully we hear from them sooner rather than later (albeit separately), and hopefully they’ll find success in whatever they turn their hand to. For now? You can sample some choice cuts below and Films is available to buy/stream here.