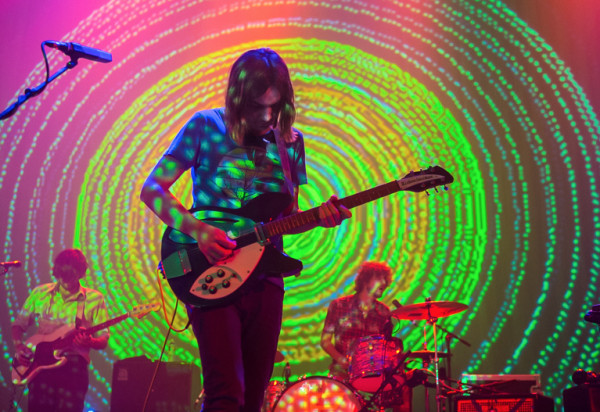 Tame Impala have been steadily treating us to insights of the new record, having already released the tracks ‘Disciples’, ‘Eventually’ and ‘Let It Happen’, they continue to drip feed us with food for thought with new single ”Cause I’m A Man’. The first official single from their forthcoming third album, ”Cause I’m A Man’ is a synth-heavy ballad that just goes down ever so easy. Everything is so silky smooth, as a slinking, free-flowing groove combines with sumptuous splashes of synth to mingle with Parker’s tender vocals, adding to the vulnerable nature of the song, one tinged with regret, yet sentimental affection. Accompanying the new single is a slick and visually impressive animated video directed by LA based Weirdcore (Aphex Twin, Horrors, Simian Mobile Disco).

Tame Impala are currently in the midst of a massive North American tour and play Vancouver’s Malkin Bowl tonight. For those of you back in Ireland of course, they play Electric Picnic this year too. The new LP, Currents is out on July 18th. Check out ”Cause I’m A Man’ below.