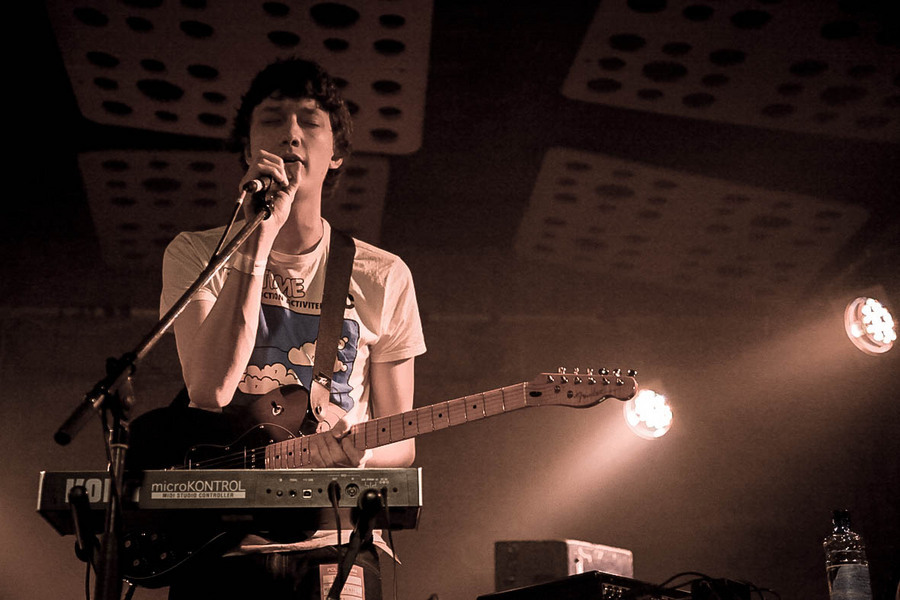 Almost three years since the irresistible electronic eclecticism of Light of the North, Miaoux Miaoux (Glasgow-based producer Julian Corrie) will return to the fold with School of Velocity.

Penned for release on June 1st through Chemikal Underground, the forthcoming record promises a sumptuous blend of influences, from eighties pop, nineties trance and the subtle, assured melodicism of Caribou. The first taster of the new record has been delivered in the form of the exhilarating ‘It’s The Quick’. It’s a fizzing glee-filled party tune that mixes rushing synths, joyous and euphoric dancefloor epiphanies with growly vocals that lend a sinister undercurrent. ‘It’s The Quick’ exudes sheer fun as it embraces an honest love of classic House music, while feeling fresh and inventive within a retro groove. A dazzlingly eclectic slice of what’s to come from one of the most reliably brilliant producers around.

The new album School of Velocity will be with us on June 1st and until then, behold the marvellous splendor that is ‘It’s The Quick’. It is simply magnificent.