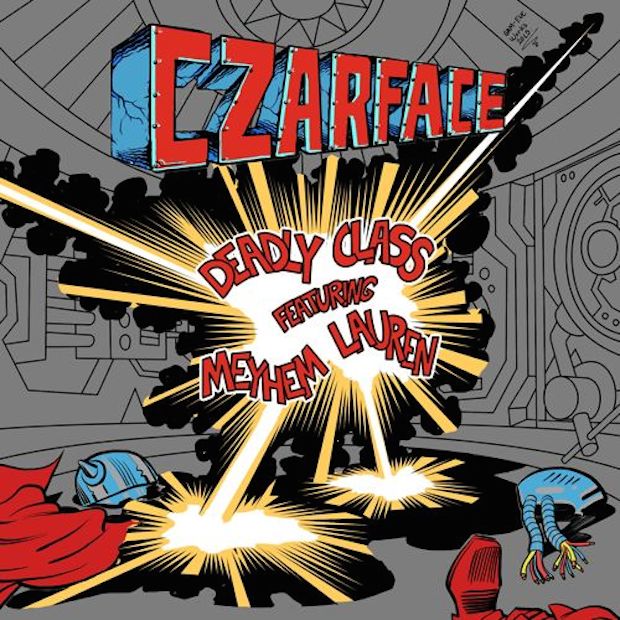 After murmurs that we could expect an album at some point this year, CZARFACE, the collaborative trio of Inspectah Deck, Esoteric and 7L, are preparing their return with a new album, called Every Hero Needs A Villain.

The forthcoming record with follow their stellar self-titled debut, which is hands down one for the best and most enjoyable records of recent years. The first glimpse from the new album, which is due later this year through Brick Records, comes in the form of ‘Deadly Class’. Joined by Meyhem Lauren, it is a slick slice of ’90s–style hip-hop. Lyrically it’s sublime, verse after verse of complex rhymes and similes unfold as Inspectah Deck works his production wizardry over the snappy yet meaty drum-work, horns and Middle Eastern style guitar. It would appear that they have lost none of that zip, gloss or bounce that made their debut such an unbelievably great record and an unenviable proposition to follow up.

No exact release date as yet for Every Hero Needs A Villain but suggestions are some time this summer – till then – there is ‘Deadly Class’. Check it below!