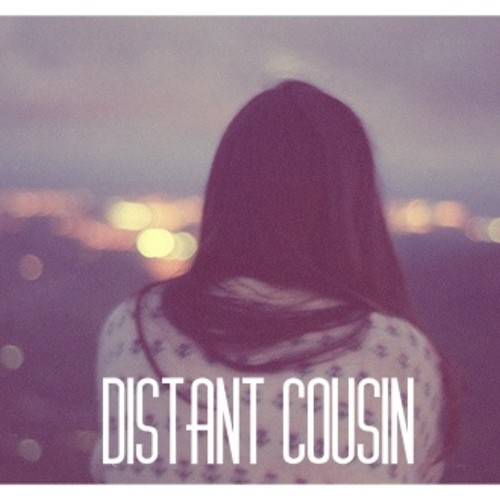 Distant Cousin is LA-based electronic producer and multi-instrumentalist, who has just released his promising and stylistically diverse self-titled debut EP.

Both pensively cinematic and reflective, Distant Cousin’s music delves headlong into a textural depth that goes far beyond the constraints of one single genre. Building from a dark rhythmic core, he paves a long and winding path through a chilling hinterland between electronica, techno and even hip-hop. All done with a majestic progression through driven synths, beats and samples mixed with splashes of live instrumentation, that never misses a beat. ‘Floating/Above Nothing’ is a perfect example of his exemplary touch. Opening in bubbling slow-burning fashion, the murky origins are expanded upon by hazy chants, swirling synth and subtle melodic embellishments, chugging relentlessly toward a deep and mysterious well of rich sounds. And bang, we have lift off. A heavy bassline and mutating synthwork laid over a thick bed of bristling percussion as the euphoric underbelly comes to the fore, only relenting to allow the poignant spoken sample ring through. Equally sumptuous is ‘To Realise’, which amid dark samples, rumblings and raps, sees the superb female vocal flourishes kept afloat with some punchy beats and pulsating synthwork. His is work of diversity, but a corner stone for all his triumphs is a knack for inescapably captivating beat and synth work.

It seems rather wrong to single out just two of the four tracks, such is the quality of them all. Needless to say you should make time in your life for his debut EP. Check it here or try a few choice cut below.