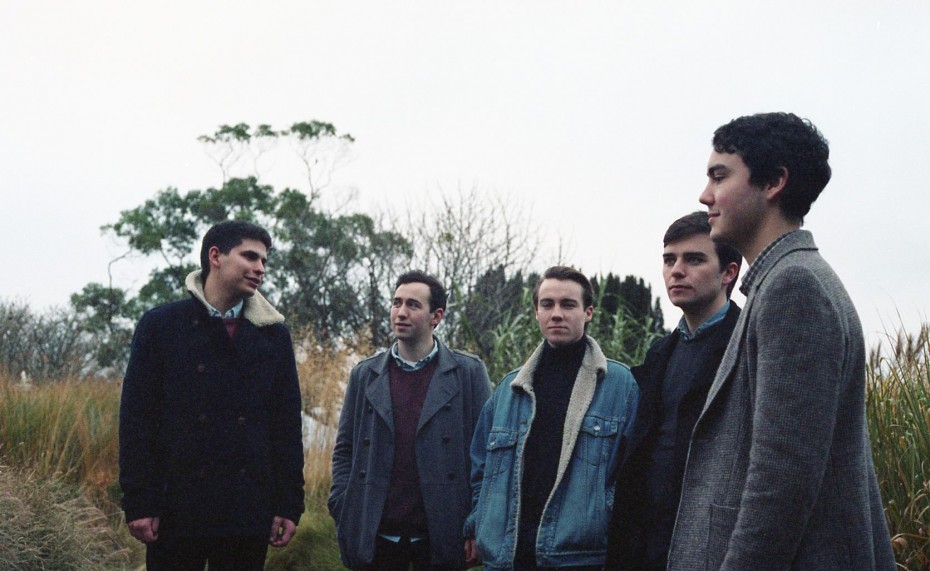 Spies have been one of the most promising young bands in Ireland for quite sometime and have always sounded like seasoned professionals, even back in their earliest beginnings around 2011/2012.

The Dublin five-piece Spies are back with a single called ‘Moosehead’, which is accompanied by b-side ‘Yearner’. The new single adds further dynamism, taking their searing post-punk/indie-rock sound toward the expansive, dark and dissonant regions of post-punk. The late ’80s style guitars soar epically above the krautrock-esque rhythm section that rumbles along at pace, giving it one hell of a groove, all the perfect backdrop for Broderick’s powerful and commanding vocals. Having been partial to these guys for quite sometime now, yet say apart from a fleeting mention here and there, Spies have remained rather bizarrely absent on here. Hopefully this goes some way to rectifying that situation. This is the sound of a great band, oozing with confidence and delivering with style.

‘Moosehead’ is released on August the 4th and you can listen to it, and b-side ‘Yearner’ below.