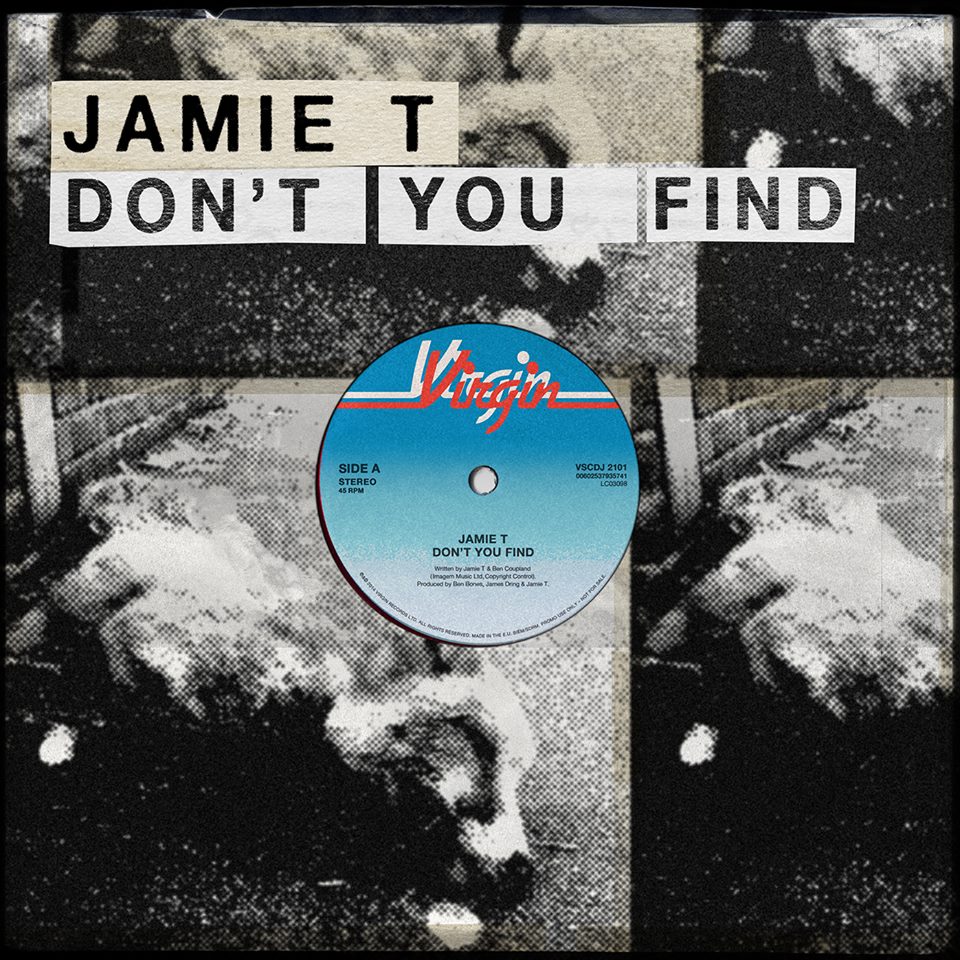 Jamie T has signalled his return with a new single ‘Don’t You Find, and about bloody time, too.

It’s been almost five years since the release of the Londoner’s excellent album Kings & Queens, far too long an absence. And one that’s been thankfully been brought to an abrupt halt. With ‘Don’t You Find’ we find Jamie T in a much more downbeat and melancholic mood, somewhat different to the vast majority of his previous body of work, but it’s not a ‘bad different. ‘Don’t You Find’ is a lush composition with his smooth vocals floating nicely over some sumptuous strings and a distant sounding guitar pitted with beautiful female vocals. As one of my favourite artists over the past eight years or so, it’s really great to have him back, and with an album confirmed too, this Tuesday is certainly looking up.

‘Don’t You Find’ will be released on July 21st with an album to follow at a so far unknown date.