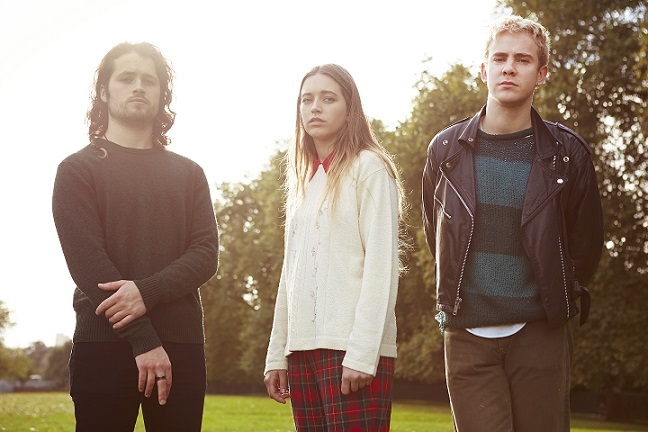 Originally from Limerick but now based in London, Sisters are the trio of Niall, Aoife and Andrew, who we’ve been castling a watchful gaze over since they first surfaced midway through last year.

Early demos from the trio set the standard and they’ve been in fine form ever since, repeatedly impressing with one fantastic jam after another. Saying all that, their brand new single ‘Hush Hush’, is on a whole other level. It’s three minutes of hypnotic, melodic and fuzzed up indie-rock. The combination of guitarist Niall’s rough vocals and rhythmic riffs with the silky, honeyed vocals of bassist Aoife just works ever so well. It swirls, it soars, and it drags you through a hypnotic and dreamy world where pummeling grungy riffs can be best friends the most heavenly of harmonies. ‘Hush Hush’ is a stunning way to sign off on 2013 and hopefully they continue this upward trajectory in the new year.

‘Hush Hush’ is released 2 December via Just Off Pop Records. You can stream ‘Hush Hush’ below, or watch their DIY video with footage from their recent tour with Big Deal.