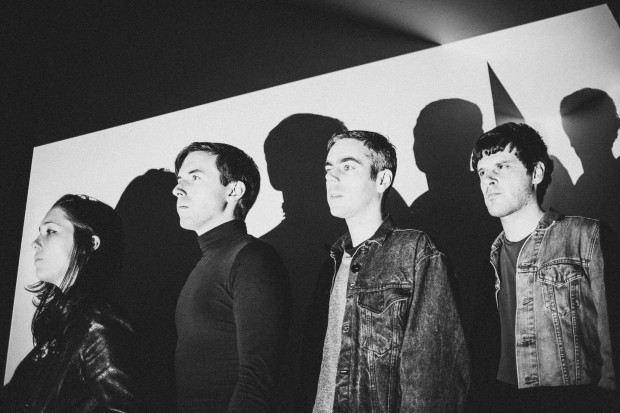 Girls Names released their latest LP The New Life back in February, providing us with the best domestic record of the year so far. A quite dark post-punk record with a moody and foreboding disposition, importantly it is an exceptionally great album.

The Belfast foursome are now planning the release of a remix EP, The Next Life. Up first from the EP is is a remix of ‘Projektions’ courtesy of Factory Floor’s Gabe Gurnsey. The track is almost completely re-imagined. Almost the entire original dispensed with, in favour of Factory Floor’s characteristic motorik groove and pulsating synths. Most importantly the resulting remix sounds immense. It is also a timely reminder for two reasons: (1) if you haven’t checked out Girls Names’ The New Life, you really should because you’re missing out; (2) it’s a reminder of Factory Floor’s talent who’ll release their hotly anticipated debut album in September. All good.

The Next Life will be released later this year and Factory Floor’s rework will be joined by those of David Holmes, Locust, The Soft Walls & Optimo.