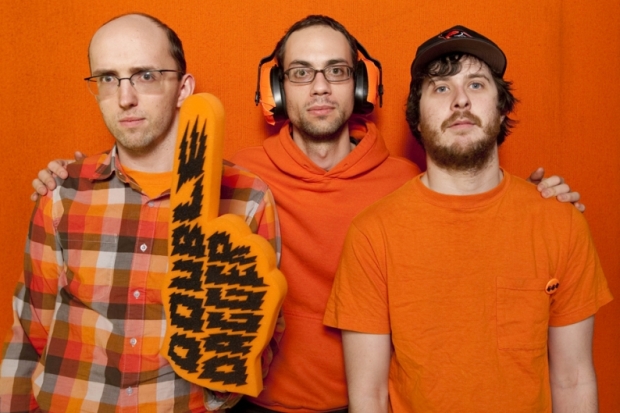 Baltimore trio Double Dagger decided to call it a day back in 2011, which was a shame to say the least. I was lucky enough to see them play Whelan’s upstairs in 2010 to about 20 people, nonetheless it was a great gig and it certainly left an impression.

Double Dagger are being granted a final outing and will release the six-track 333 collection for Record Store Day, which coincides with the release of If You Shout Loud Enough, a documentary that follows the trio’s final tour. To provide a taste of 333 Double Dagger have kindly shared ‘Heretic’s Hymn’ with us. Part shout-a-long fury and part winding instrumental, ‘Heretic’s Hymn’ is the closing track off the EP. It sounds for all intents and purpose a farewell song, with frontman Nolen Strals declaring “But if this is my last song, these are the last words I ever write, I hope you won’t forget, you’re only free making art outside.” It’s a shame they aren’t around anymore but hopefully this will be a fitting farewell for the criminally underrated trio.

You can stream ‘Heretic’s Hymn’ below and you can cast an eye over the trailer for If We Shout Loud Enough too.