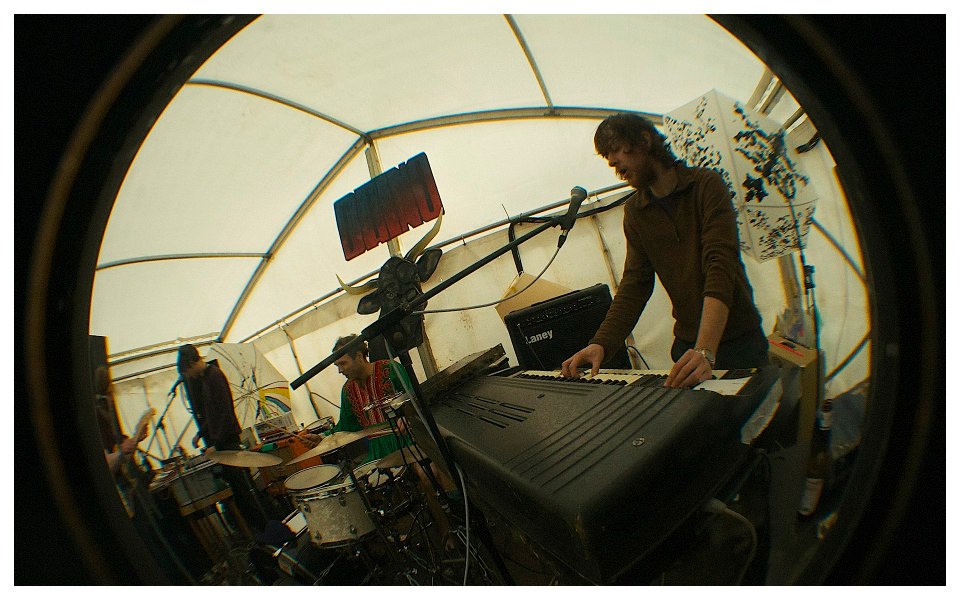 Scottish trio Galoshins are a rather curious proposition. Taking the unusual step of releasing their two debut EPs simultaneously, it sort of sums these guys up, there is nothing orthodox about this trio.

The two rather intense EPs are bursting with ideas and provide an excellent, if somewhat incohesive snapshot of what they’re all about. Loosely, it is furiously buoyant whirlwind of organ fueled psych-punk but it is near impossible to pin them down. Although it does at times bring to mind something of early Futureheads meets The Things and Sluts of Trust. Whatever you want to call it, their off-kilter approach to rock ‘n roll maybe unhinged but never boring. Opening track ‘Shake Up’ sets the tempo, a hyperactive fervour with an exhilarating combo of serrated guitar, organ and vocals delivered with a strong parochial Scots lilt. It is a striking introduction as they career headlong through each track of an ever impressive, cacophony of furious unorthodoxy.

Anyone bemoaning the lack of character or flavour to guitar music at present would do well to take note of Galoshins. Their EP1 & EP2 are out now through Armellodie Records.