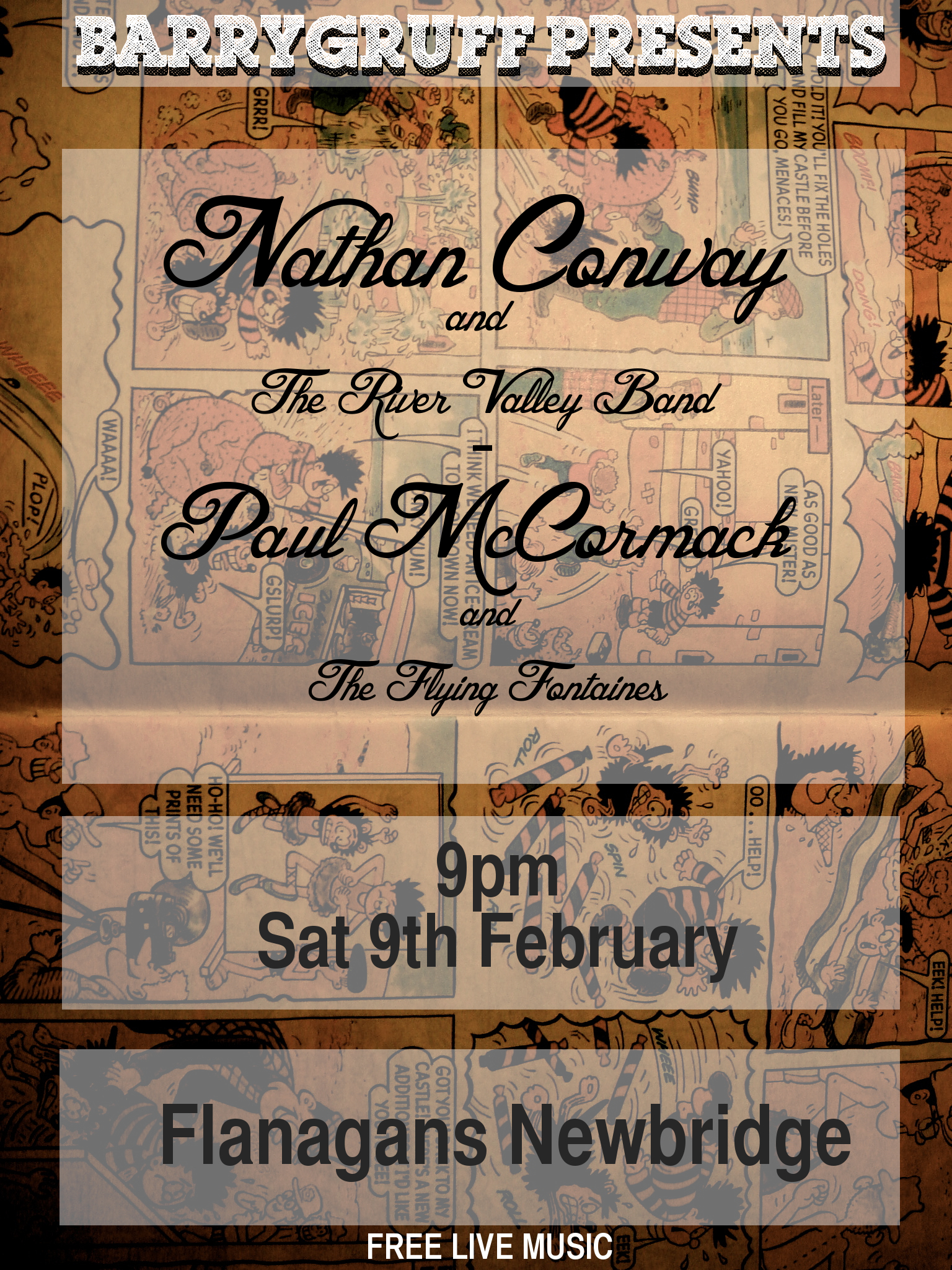 ‘BarryGruff Presents’ #12 is here & returns to Flanagan’s Bar, Newbridge for a first show of 2013 on Saturday, February 9th. It’s going to be a fantastic night of live music w/ Nathan Conway & The River Valley Band & Paul McCormack & The Flying Fontaines.

Having teamed up with The River Valley Band after releasing ‘Run on Diesel’ with The Bottlestoppers in 2011, Conway & Co return to Newbridge for the first time since releasing their debut album, ‘Sonny Boy’ last year. Nathan is one of Ireland’s most underrated songwriters, a veritable national treasure waiting in the wings. Taking old folk, gospel and good time rock n roll, they create a beautiful, timeless and assured soulful country sound, with Conway’s intuitive storytelling and striking vocals bringing it all home.

Paul McCormack is one of Newbridge’s finest folk musicians and a storyteller beyond repute. A career spanning decades has seen him play the world over, his repertoire of songs is in the thousand, yet somehow it has taken all this time to put an album together. Something’s are certainly worth the wait. Backed by members of Knoxville Morning and Sea Area Forecast, this is an early chance to hear songs from the forthcoming album.

It’s FREE in as usual & kicks off at 9pm. It’s going to be another great night of live music in Flanagan’s, so let’s kick off the first ‘BarryGruff Presents’ of 2013 with a bang! [FB event page]